Our picks for the Top Five Australia Golf Courses. 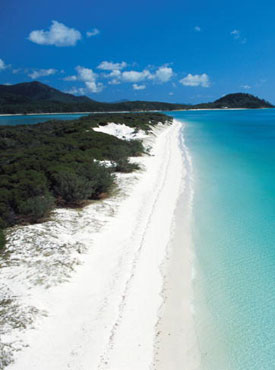 Royal Melbourne Golf Club
Melbourne, Australia
Mackenzie/Russel (1926) Par 72, 6,031 metres
Considered to be Australia's most prestigious and oldest, it is located south of Melbourne. It was the site of the Wold Cup in 1959 and the Presidents Cup in 1998, the first time it was held outside the United States.

Ellerston Golf Club
Hunter Valley, N.S.W., Australia
Greg Norman/Bob Harrison, (2001) Par 72, 6,601 metres
This is a picturesque course with hills, long views, craggy bush, and shoals of white sand with blond wiry grasses, has a number of isolated holes along a fast flowing creek on the front nine, some of the holes have it winding directly in front of the green.

Kingston Heath Golf Club
Melbourne, Victoria, Australia Alister Mackenzie (1925) Par 72 - 6,352 metres
Tel: +61 3 8558 2700
This is a beautifully conditioned and well designed course. The bunkers and the rough with tall grass will challenge you to recover for a decent score. This course has been the host for the Australian Open on numerous occasions as well as other major tournaments.

Royal Adelaide Golf Club
Findon, South Australia, Australia
Alastair McKenzie - Par 73, 6,387 metres
Tel: +61 8 8356 5511
One of the oldest courses in Australia, it is a relatively open links course that is mostly flat and free of water hazards. However, the fairway, the rough, and bunker hazards are many making it a difficult course to play. This has been the site of 9 Australian Open Championships and 16 Australian Amateur Championships

The Great Ocean Road of Australia is a coastal scenic drive along the rugged cliffs of Australia's south-eastern coast beginning in the Victoria city of Torquay and and ending Warrnambool. [ Read more ] 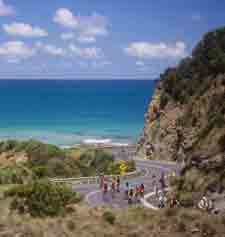 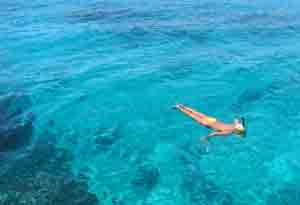 South Pacific snorkeling is hard to beat with the myriad of beautiful islands, calm blue hued lagoons, the largest reef in the world, and the enormous variety of marine life. [ Read more ]